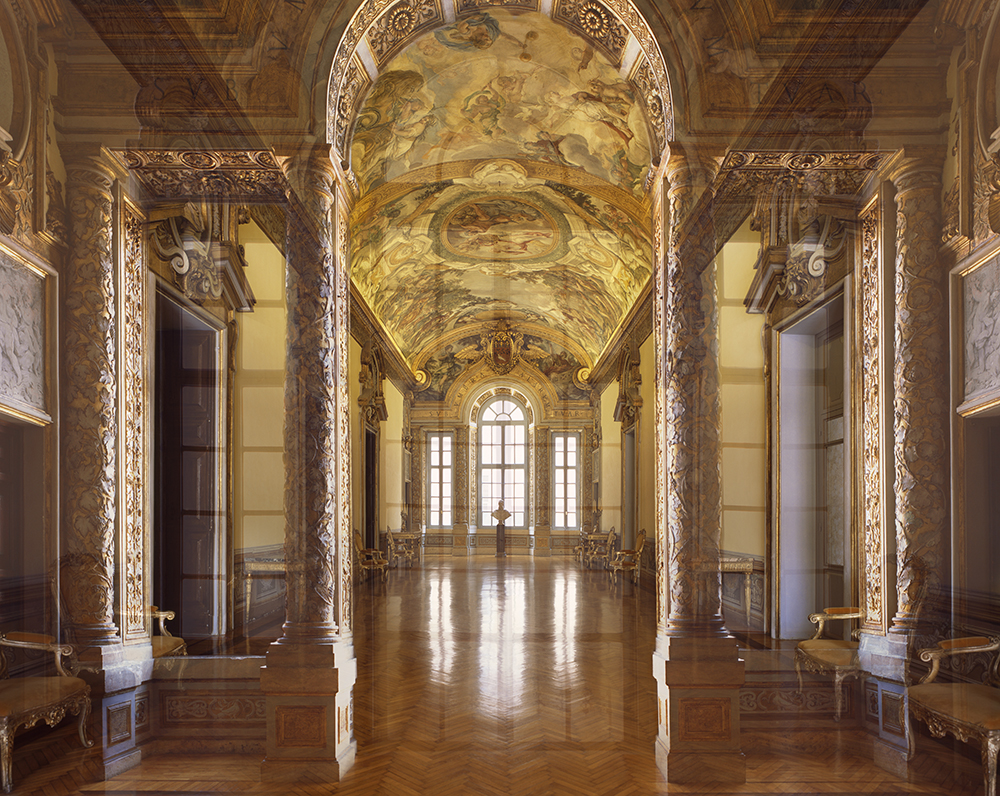 We can guess to what extent Camilla Borghese’s research is marked by the centrality of space and time in Architettura Eidetica – Storie di Enea (2013), both rule and exception within her production. Indeed, an experiment of “eidetic architecture”, – with reference to the “capacity to retain and translate into clear and detailed images (eidetic imagery) previously perceived visual before audio impressions “ – this shot of palazzo pamphilj in piazza navona is almost a divertissement. Sole indoor image proposed and true exercise of artificiality, this photo is the mnemonic overlapping of a set of progressive glances. Impossible reality. Not the observation of an architectural surface, but an estranging joyous immersion in a magic volume.